You are here: Home / Why Go Solar? / How Solar Works 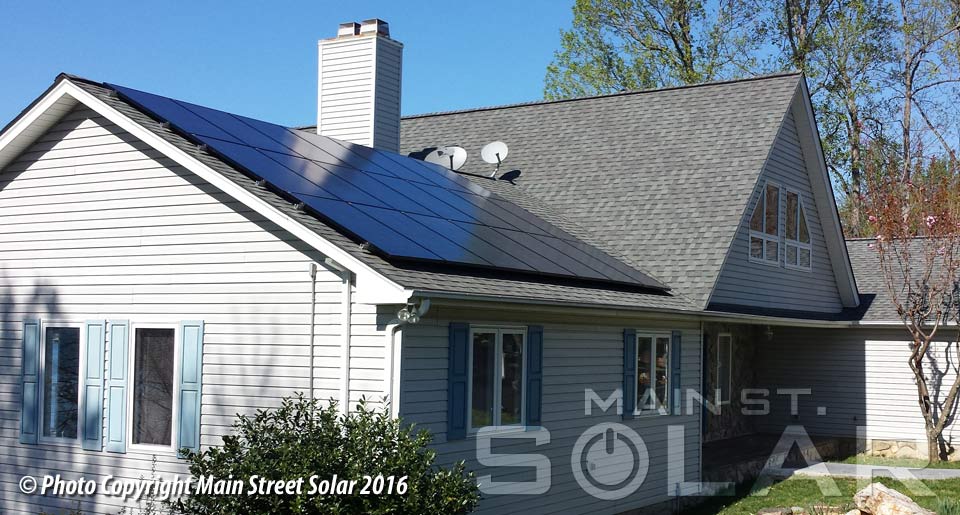 How Does Solar Energy Work?

Solar power systems include several components working together to convert the sun’s energy into electrical power that can be connected to a building’s standard electrical infrastructure and the utility grid.

Photovoltaic, or PV, cells are the basic engine of a solar power system. PV cells convert the sun’s energy into electricity. A PV cell is most often made of a thin wafer of silicon modified with small amounts of other materials that give the silicon wafer special electrical properties. When sunlight hits a PV cell, it produces an electric current. PV cells are connected together in a solar module, which has a non-reflective glass front, a protective insulating back sheet and an aluminum frame for strength and mounting.

A Solar Panel is a group of solar cells connected electrically to generate direct current electricity at the desired voltage and current. Panels are installed on rooftops or open areas, such as parking lots or fields that have full sun exposure. Solar panels can even collect solar energy on cloudy days. A larger grouping of solar panels constitutes a “solar array.” Large non-residential solar facilities often contain multiple arrays, sometimes located on different buildings at a given site.

The combiner connects multiple wires carrying the electrical current generated by individual solar panels together into a single, larger capacity wire, which then flows to the inverter. The combiner works in a solar electrical system much like a manifold does in a hydraulic system. 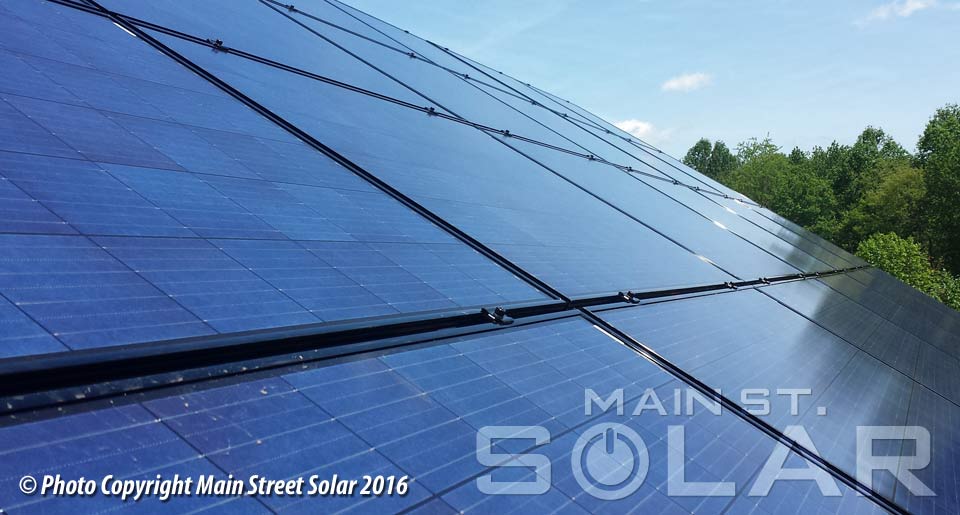 The inverter transforms direct current electricity produced by the solar panels into alternating current (AC) electricity–the form of electricity used by most standard lights, motors, computers and air conditioners. The inverter also provides safety functions such as automatic shutdown of the solar electric system in the event of a power failure.

The AC safety, or disconnect, switch is a manual switch that can be used to disconnect a building’s electrical system from the solar electricity system.

The entire system can be linked to a remotely located performance monitoring reporting system (PMRS). The PMRS measures and monitors all electricity generated by the system, performs system diagnostics and sends alerts regarding system or equipment issues. PRMS can also track weather and generates reports that link weather conditions to kilowatt-hour output.